Watch out, Salem — Eileen Davidson is coming back to DAYS OF OUR LIVES! A rep for the soap has confirmed that the actress began filming on June 5, and will air during November sweeps. Also, the gig will not affect her status as THE YOUNG & THE RESTLESS’ Ashley. However, the rep also revealed to TV Insider that “the exact role — or roles — Eileen will be playing this time around is strictly under wraps. It’s all a big surprise for the audience.”

MUST SEE: Kassie DePaiva Is Cancer-Free and Back at DAYS!

Although Davidson won a Daytime Emmy Award for Outstanding Lead Actress in 2014 for her performance as the deliciously wicked Kristen DiMera on DAYS, she has also played Kristen’s look-alike, Susan Banks, as well as Sister Mary Moira, Thomas, and Penelope on the soap! So while it’s most likely that Davidson will be playing Kristen, there’s every chance that new DAYS headwriter Ron Carlivati will have some fun with her various dopplegangers!

The last DAYS viewers saw of Kristen in April of 2015, she’d impregnated herself with Theresa and Brady’s baby and then lured them to the island where she was hiding in Italy in order to steal Theresa’s bone marrow to save the infant’s life. However, Marlena caught on to Kristen’s evil scheme and when the two women struggled, Kristen was thrown through a glass window into the bay and presumed dead. Of course, no body was ever found, so naturally fans suspected she would be back eventually! 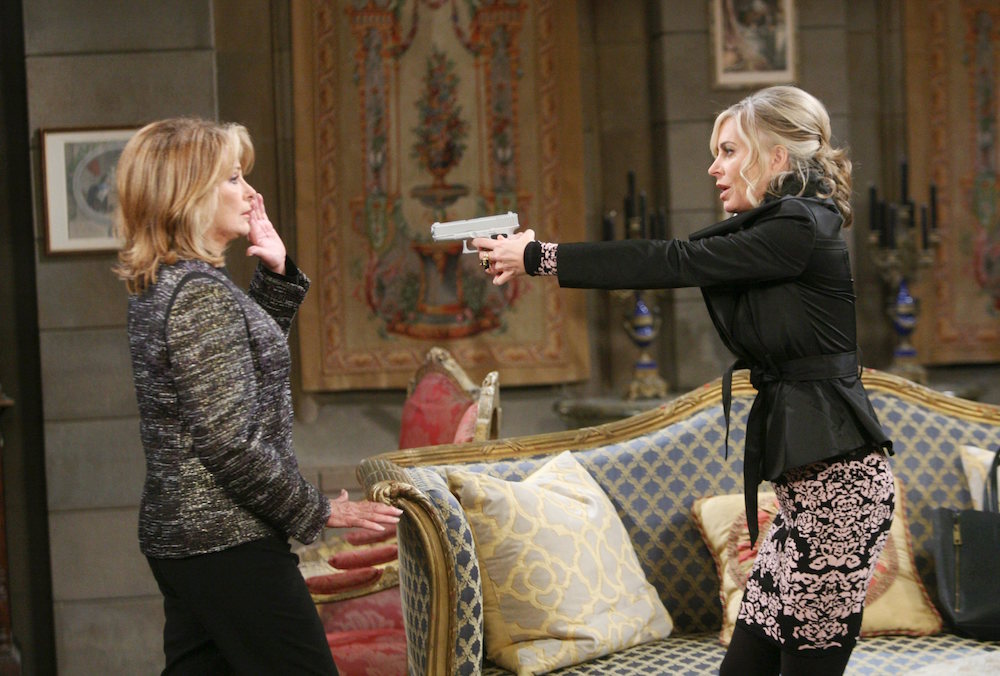 Thankfully, CBS and NBC have been able to work out deals that have allowed Davidson to play both Y&R’s Ashley and DAYS’ Kristen at the same time. And if the actress is willing to put in the extra work, her fans will be more than happy to tune in to watch no matter which roles the Emmy winner is playing!

Take a look back at some of Davidson’s most memorable moments on both Y&R and DAYS, including all of her different Salem alter egos, in the special flashback gallery below!

Who will Davidson be playing during this stint on DAYS and how much havoc will she wreak in Salem? Stay tuned and find out!