There are so many questions needing answers in these spoilers from GENERAL HOSPITAL, but the people asking them may not always like what they find out. Jordan and Curtis’ relationship is off to a rough start, Lulu’s new trust in Valentin has already fallen apart, and Ava wants the truth about the dangerous Patient Six!

Jordan may have decided to give things with Curtis another go, but she’s clearly having second thoughts given his willingness to work with Sonny. “I can’t afford to make any more bad choices,” she confides to T.J. Can the police commissioner really make a relationship work with a mob employee? Meanwhile, in the park, Valerie runs into Curtis, who is holding a bouquet of flowers and gets the latest on his romantic status. “Are you willing to make the necessary sacrifices to make Jordan happy?” he asks.

Lulu was beginning to soften towards Valentin after he opened up to her about his childhood illness, but things took a serious turn when Dante arrived at the hospital to warn her that the Cassadine may have found a way to keep Ava from testifying against him in the upcoming custody battle for Charlotte. “What did you do to Ava Jerome?!” Lulu hisses. Has Valentin’s plan given him everything he wants? 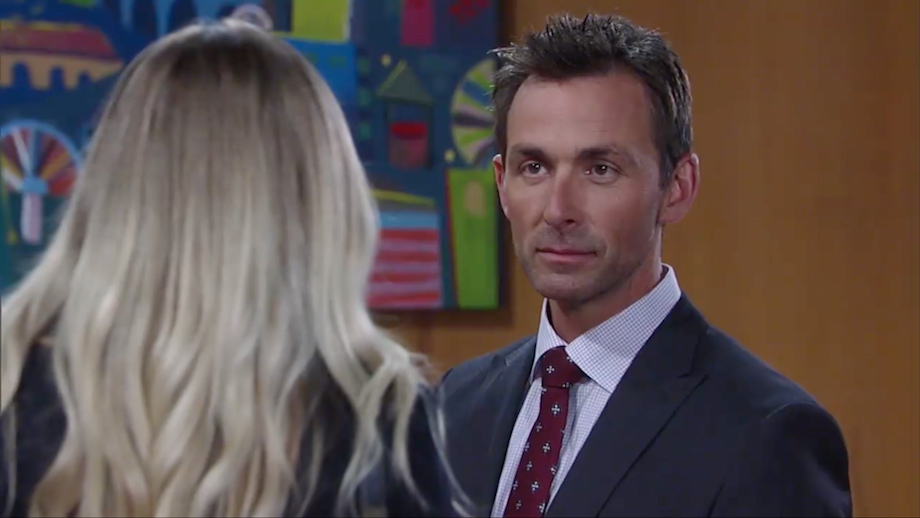 With Jason in a coma, Sam is an emotional wreck, but Sonny has been there to offer her a shoulder to cry on. As she opens up to him about her feelings, she makes a startling confession. “Life has been different ever since Jason came back,” she admits. And seeing as how there’s a patient at the Russian clinic with Jason’s old face, there could be more to her feelings than she might expect!

And at the clinic in Russia, Ava has little else to do as she prepares to have her face restored, so so finds herself curious about her mysterious fellow patient. “Why does Patient Six need to be controlled?” she asks a doctor. The mystery man has been relatively comatose, only moving a little bit, but now that he’s taken off his mask, Patient Six begins trying to stand up from his wheelchair! Who is this guy and just how dangerous is he?

Is Tamara Braun Returning to GH?

Steve Burton Is Back on GH and Promising “Great Things Ahead”