People are being pushed to their limits in these GENERAL HOSPITAL spoilers, and some of them might snap! Jordan butts heads with Anna, Peter gets his prognosis, Stella makes a promise to Sonny and Carly, and Sam vows revenge!

With everything that’s going on with Jim Harvey’s drilling in Port Charles and the subsequent earthquake, Jordan has just about reached her breaking point. So she’s in no mood when Anna comes to her. “I don’t have the time for all of this!” Jordan snaps. Anna makes a face, but will she continue to push?

Peter takes a seat in Griffin’s office at the hospital, bracing himself for the worst. “You have my test results?” he says as he lowers himself into the chair. But the question isn’t just whether or not Peter has inherited Faison’s Huntington’s Disease, but also whether or not Griffin has put two and two together and realized Peter is Henrik Faison! 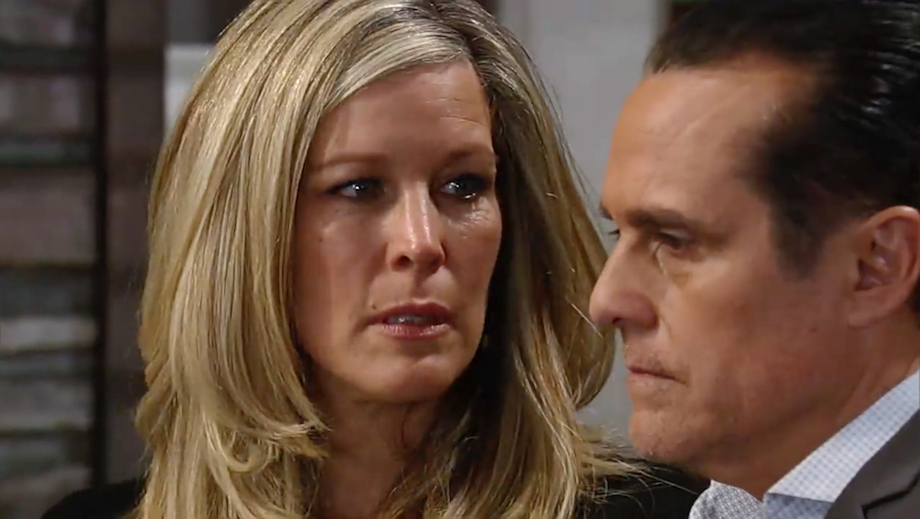 Sonny has some difficult decisions to make about his father’s future. (Photo Credit: ABC)

Needing help with Mike’s advancing Alzheimer’s, Sonny and Carly go to a professional, hiring Stella, who is a social worker at the hospital. “I will do everything to help your father prepare for what’s coming,” she assures them. But unfortunately, Mike is not dealing well with the idea of his life slipping away from him. “You want me to sign my life away?” he cries to his son.

Worried that she hasn’t heard anything from Drew, Sam approaches Liz, who it turns out, is equally worried about Franco also going missing. Convinced that Franco had something to do with Drew’s disappearance, Sam promises revenge. “If Franco did anything to Drew,” she warns Liz, “I will take him out myself.” But since the two men are currently kidnapped by Jim Harvey, it would behoove the two women to team up as well to rescue them!

Check out this tease for today’s dramatic episode, and for more GH previews, keep reading the CBS edition of Soaps In Depth magazine!

Who Is Nurse Francesca on GH?

Everything You Need to Know About This Year’s Daytime Emmys