Things are getting uncomfortable in these spoilers from GENERAL HOSPITAL!

Charlotte is getting old enough that Lulu and Dante are having a hard time keeping the little girl in the dark about what really happened to Valentin, especially when they’re at the Port Charles Police Station. “Papa’s not a policeman,” Charlotte remarks. “Why was he here?” Lulu’s face falls as she struggles to figure out how she’s going to explain this one. And at Kelly’s, Spencer wonders what Valentin’s situation means for the Cassadines. “Then what’s going to happen to Wyndemere after he goes to prison?” he asks Kevin and Laura. What, indeed?

Amy continues posing as Nathan’s manager as she negotiates the book deal for “Man Landers,” but the cop’s reluctance to do a promotional photo shoot could put the kibosh on the whole thing! “So no picture,” warns Quinn, “no publisher!” In her new position as Nina’s executive assistant at Crimson, Nelle is already dishing out some personal advice. “I think it’s best,” she urges Nina, “for Charlotte to keep you in her life.” Will this inspire Nina to fight Lulu and Dante for custody of the little girl?

MUST SEE: Who Is Playing Nathan’s Publisher on GH? 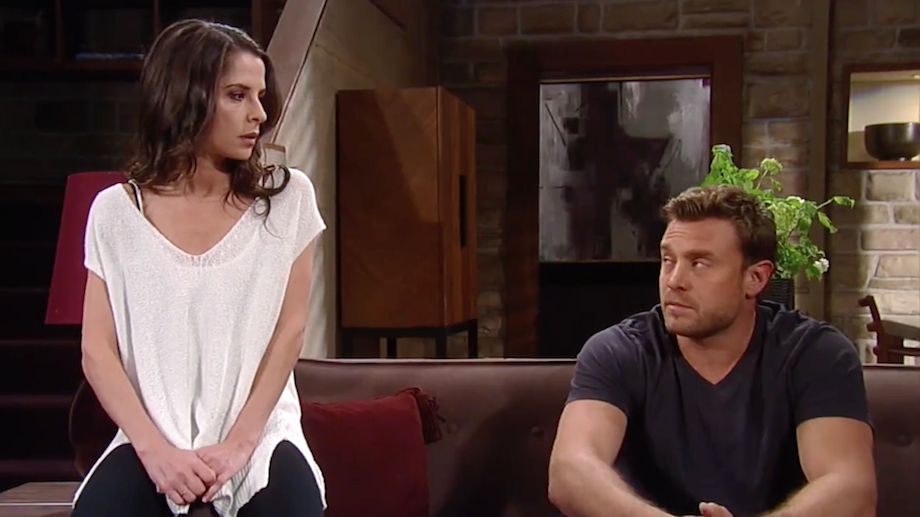 Michael pays a visit to Sam and Jason’s home with an unexpected proposition. “How would you like to join me at ELQ?” he asks Jason. Sam looks over at her husband to gauge his reaction to the offer. It’s been so long since Jason was involved with the Quartermaines… is it too late to go back? Meanwhile, on the island, Sonny and Carly are sharing a nightcap when they hear a startling noise. “What the hell was that?” Carly asks, nervous. Is this part of Sonny’s plan to woo Carly back into his arms, or something that could ruin the whole scheme?

Emme Rylan Can’t Wait For the Birth of Her Daughter!

Kirsten Storms Is Back at General Hospital!