After making his first appearance on DAYS OF OUR LIVES in September of 2015, A Martinez (Eduardo) prepares to say goodbye to the soap.

“As Eduardo is taken ‘off the canvas’ on DAYS,” he shared on Facebook, “I want to express my gratitude to all who’ve supported him — and me — over the course of the last 18 months. It’s been an honor to come to Salem on the occasion of the 50th Anniversary of a show I have followed and esteemed for more than 30 years.

“The work itself has been a consistent pleasure, partly because of the deliciously wounded guy I’ve been playing,” Martinez continued, “but mostly because of the multitude of excellent people who pass their days in the ongoing labor of love that is the making of this beloved show.”

MUST SEE: Full List of Nominees for the 2017 Daytime Emmy Awards! 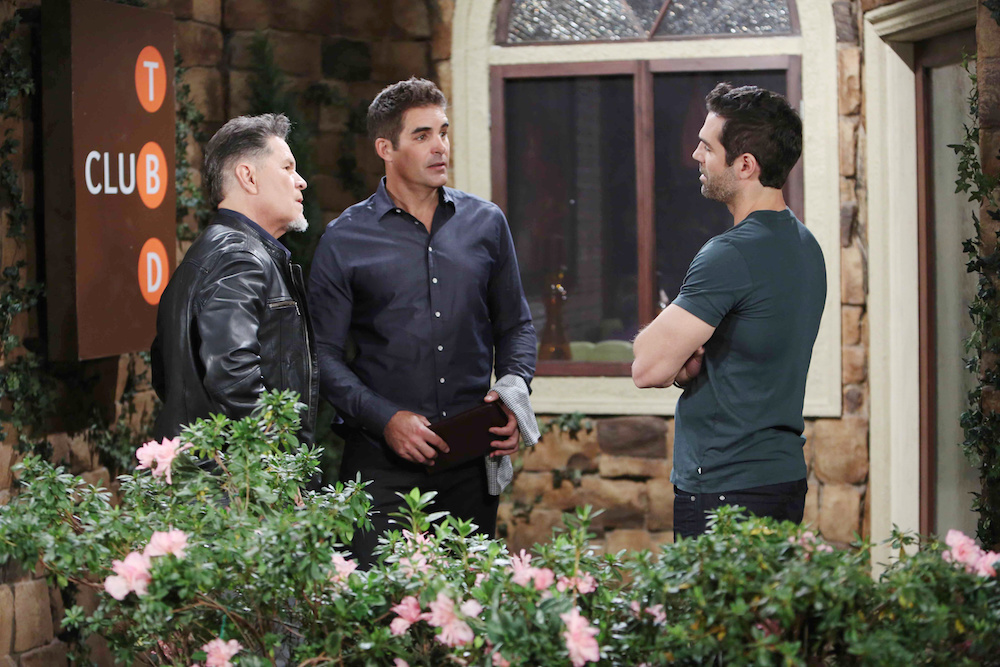 Martinez is a daytime vet who is probably best known as Cruz Castillo on SANTA BARBARA but has also appeared on GENERAL HOSPITAL as Roy DiLucca, ONE LIFE TO LIVE as Ray Montez, and THE BOLD & THE BEAUTIFUL as Ramon Montgomery. He joined DAYS in 2015 as Eduardo Hernandez, the estranged father to Rafe, Arianna, Dario, Gabi, and Paige.

“My pleasure in this process has grown steadily over the time I’ve been at it,” Martinez confessed. “And it’s about to come to a memorably emotional peak in the climactic beats of my pivot away. The scenes of failed atonement with Galen [Gering, Rafe], Jordi [Vilasuso, Dario], Camilla [Banus, Gabi] — and Lauren [Koslow, Kate] — were among the most wrenching of my life, in the most wonderful way possible.”

With #CamilaBanus @ the Daytime Emmys

MUST SEE: Arianne Zucker’s Most Memorable Moments as Nicole on DAYS!

The actor also admits that for DAYS fans who considered Eddie a disappointing villain, he never thought to approach the character in that way. “What I most clearly carry in him is the knowledge that he was deeply broken as a boy,” Martinez explained, “and that he has done his level best to recover ever since. That he has fallen short is regrettable, but not a negation of his humanity. I kinda admire the guy, actually.”

While Martinez didn’t reveal exactly how Eddie would be leaving Salem, he wasn’t being killed off. “Eduardo is not dead,” he promised. “If you care about him, you may choose to remember him.

“Meanwhile, much love to everyone in the DAYS community going forward,” Martinez concluded. “May we all continue to prosper as best we can, and seek to deal in kindness along the way.”

Who Plays Valerie on DAYS? — Get to Know Vanessa Williams!

DAYS Stars in New Mystery Mini-Series Ladies of the Lake!

Who Is Eli Grant? — Here’s Everything We Know!