Veteran actor, writer and TV personality Orson Bean appears on THE BOLD & THE BEAUTIFUL tomorrow, Friday, January 8, as well as next Monday, January 11. Though he doesn’t share scenes with his real-life missus, Alley Mills (Pam), he tells Soaps In Depth that he had a blast with his scene partner, Scott Clifton (Liam).

“Oh, I love [his character] on the show, and it was great to work with him,” says Bean, who plays Liam’s crotchety seatmate on his flight back from Australia. “I fooled around and ad-libbed with him a lot, and I think they left some of it in. 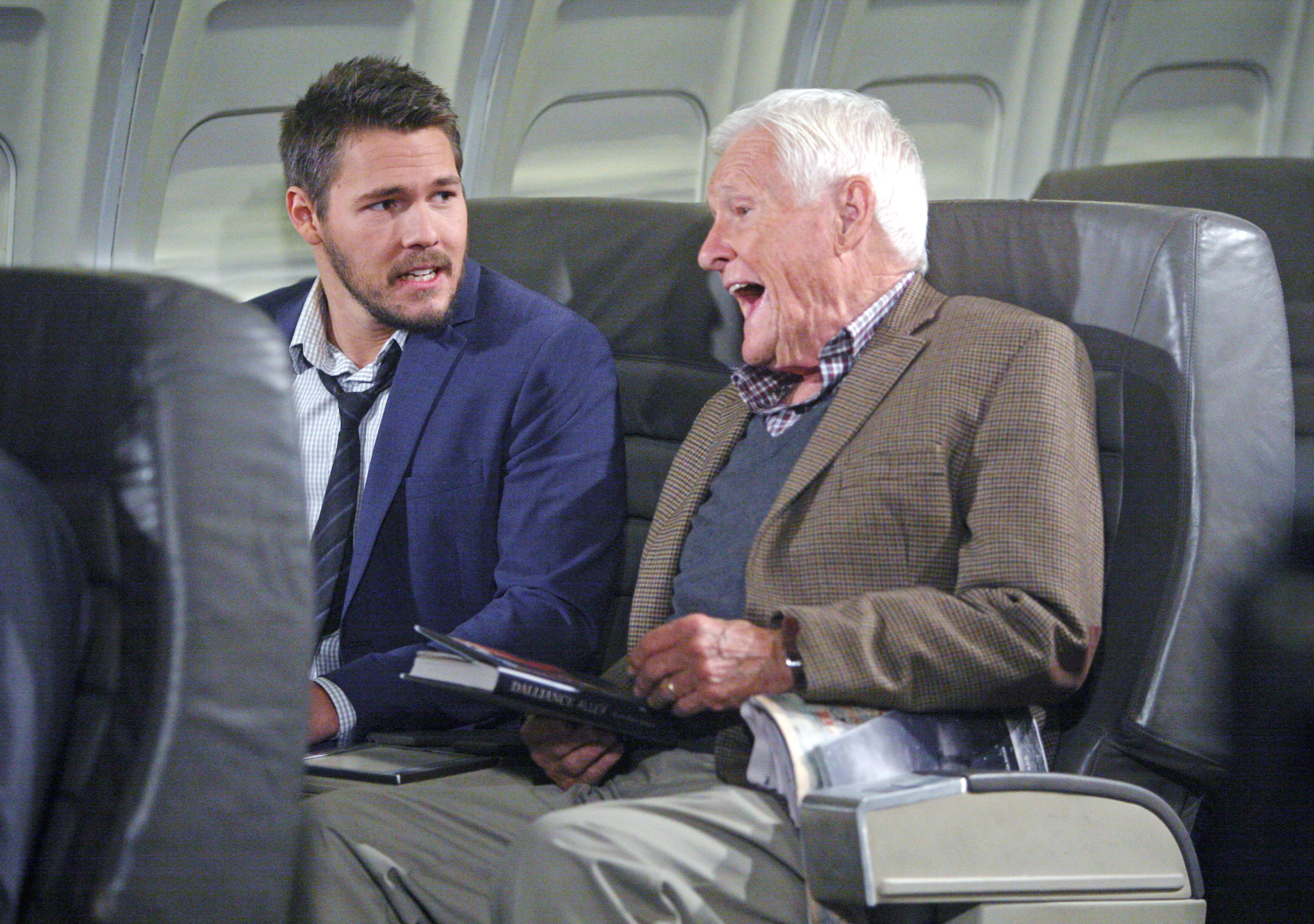 “Not too much improv,” he adds, “but a little addition. I work on lines with Alley a lot, and I see what she does [changing up some of the dialogue], so I figure on a soap you can get away with it.”

Bean’s B&B guest appearance isn’t his only comical TV turn this week. On Wednesday night, he appeared in an episode of ABC’s MODERN FAMILY! “I keep telling my agent I’m too rich to work,” Bean teases of his recent gigs, “but he keeps sending me out anyway!”