Liam made his decision to return to Steffy, but in these spoilers from THE BOLD & THE BEAUTIFUL, Bill’s scheming could turn everything upside down! As Steffy revels in her joy, will her whole world come crashing down around her again?

Over at Spencer Publications, Bill is thrilled that his plan to make Wyatt think that he and Steffy are having an affair seems to be working. And he can’t wait for Liam to dump Steffy again so he can swoop in to pick up the pieces of her broken heart. “Steffy belongs with me,” he declares. “And she’s going to end up with me. Period.” 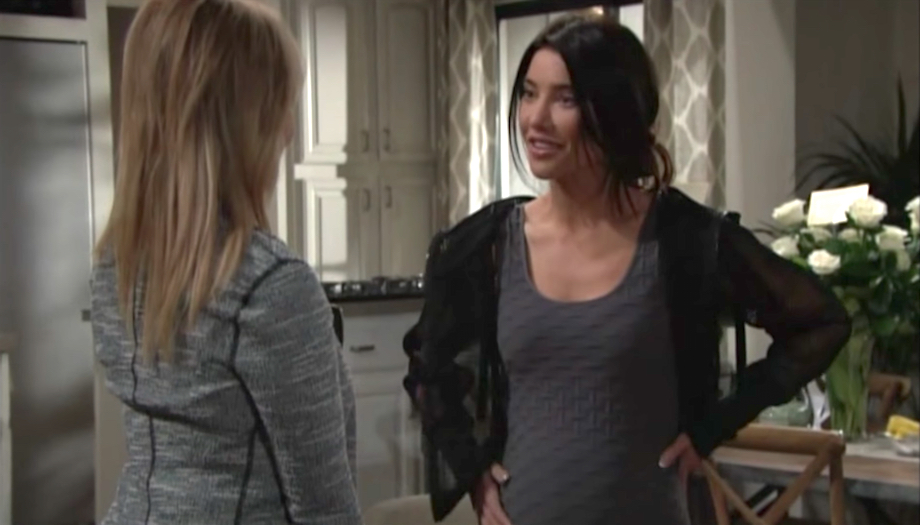 At her home in Malibu, Steffy is beaming after receiving two enormous bouquets of flowers from Liam announcing that he’d forgiven her. The idea of her husband coming home to her and their unborn baby brings her to tears of joy. “I haven’t been this happy since,” she tells Taylor. “Since the day we found out we were having a baby!” It’s a good thing Taylor’s back in her daughter’s life because Steffy is going to need her support when she finds out what’s really going on!

Led to believe that Bill and Steffy were still carrying on an affair behind Liam’s back, Wyatt felt he had no choice but to inform his brother. Having just announced that he had decided to reunite with his wife for the sake of their child, Liam was stunned by his revelation, insisting it couldn’t possibly be true. “I wish there was a chance that I was wrong right now,” Wyatt yells, “but I’m not!” Unfortunately for both brothers, he is wrong. But will Bill’s lie do the damage he intends?

Vote for the Best Dressed at the 2018 Daytime Emmys

The Scandalous History of Bill and Steffy Revealed!