The day is full of surprises in these spoilers from THE YOUNG & THE RESTLESS!

First, over at the GC Buzz studio, Mariah is working diligently in the background oblivious to the drama going on just across the room. Devon casually informs Hilary, “I freed up some money for on-air talent because you are getting a co-host.” Hilary looks shell-shocked at her husband’s unexpected proclamation. Who does he have in mind to join her on the air, and will Hilary agree to a co-host or will she sabotage his big plans?

Jack’s plans to buy into Lauren’s company has hit a major snag, and he’s definitely not happy about it! “Jill owns half of Fenmore’s,” he reminds Phyllis angrily. “Something Lauren failed to consider. Now Jill’s ready to blow up the whole deal!” Are his grand plans falling to pieces around him, or is there still something Jack can do to secure the deal despite Jill’s interference? 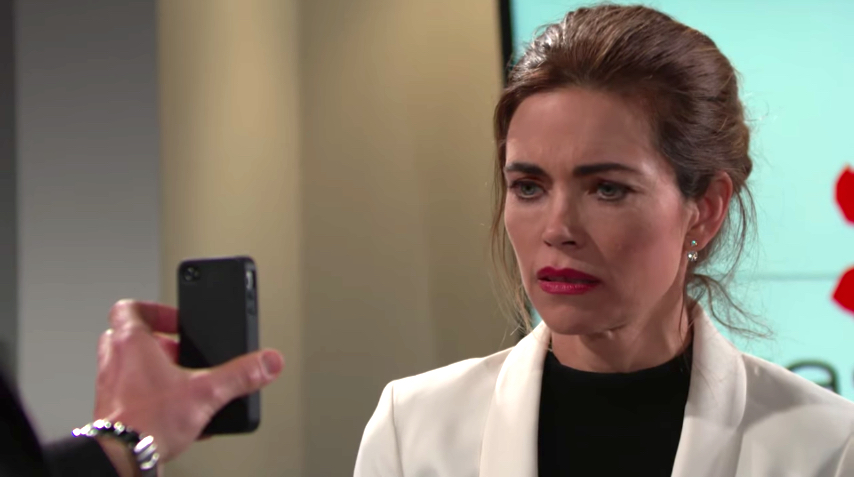 MUST SEE: Laur Allen Joins the Cast of Y&R!

Billy visits Victoria’s office at Brash & Sassy with some unfortunate news for his ex-wife. “What happened?” she asks fearfully. Holding up his phone, Billy shows her the meme that was created from the photo of her and Reed where she’s been turned into the wicked witch, complete with green skin. Victoria is devastated by the sight, but is there anything she can do to repair her relationship with her son before it’s too late?