The Brash & Sassy team hit Hollywood and things are about to get crazy in these spoilers from THE YOUNG & THE RESTLESS!

In Los Angeles to shoot Lily’s commercial for Brash & Sassy, Victoria also hopes that some time alone with Billy will help them to reconnect without Phyllis to distract him. “This is all you,” Billy smiles sitting next to his ex-wife on a rooftop overlooking the city. “You made this happen.” Victoria just smiles back at him. How far will she go to get him back?

Also on the roof with Cane and Jordan, Lily sees something in the distance and starts jumping up and down excitedly. “Oh my God!” she exclaims. “It’s me!” In the distance is a huge billboard with her photo on it advertising “dare” by Brash & Sassy. 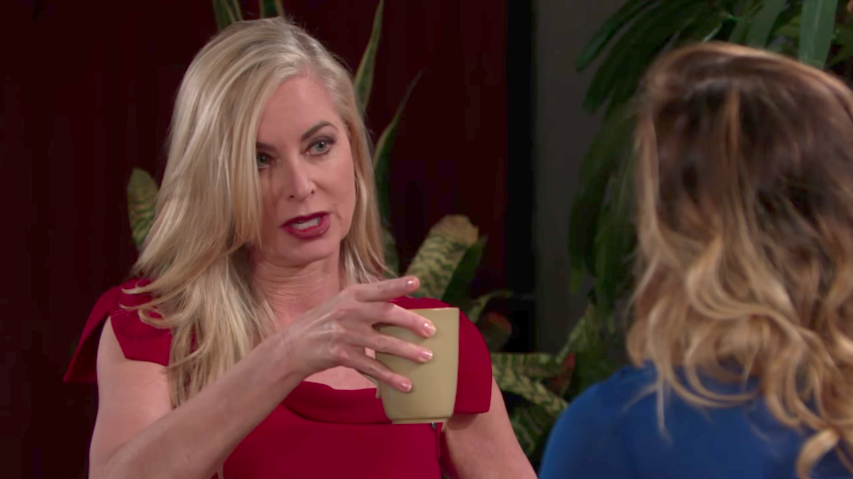 Ashley gets into it with Phyllis! (Photo Credit: CBS)

Meanwhile, back in Genoa City, the drama continues as Ashley questions Phyllis about her intentions with Billy. “I think that you’re obsessed with my brother,” Ashley remarks, “who just so happens to be in Los Angeles with his ex-wife.” Phyllis tries to maintain a poker face, but will this discussion turn into a disagreement? How ugly might it get? And will Phyllis allow jealousy to get the best of her and follow Billy to L.A. to interfere?