Like a bad penny that keeps turning up, David Faustino continues to make appearances on THE YOUNG & THE RESTLESS as sleazy GC Buzz producer Howard Green. His guest shot seems to have turned into a recurring role, so could the character be making even more appearances in the future?

Back in September of 2016, Faustino made his daytime debut on Y&R as Howard Green, the sleazy producer of GH Buzz. He was ousted when Devon bought the salacious news magazine show and tried to turn it into a more legitimate news outlet. However, when Hilary made her trip to Los Angeles to interview Julie Chen in May of 2017, she reconnected with Howard and he helped produce her Hollywood segment. And now that Hilary has her own show, she’s brought Howard back into the mix, having her help capture some impressive footage at Nikki’s benefit concert — namely the ugly fight between Nick and Victor! 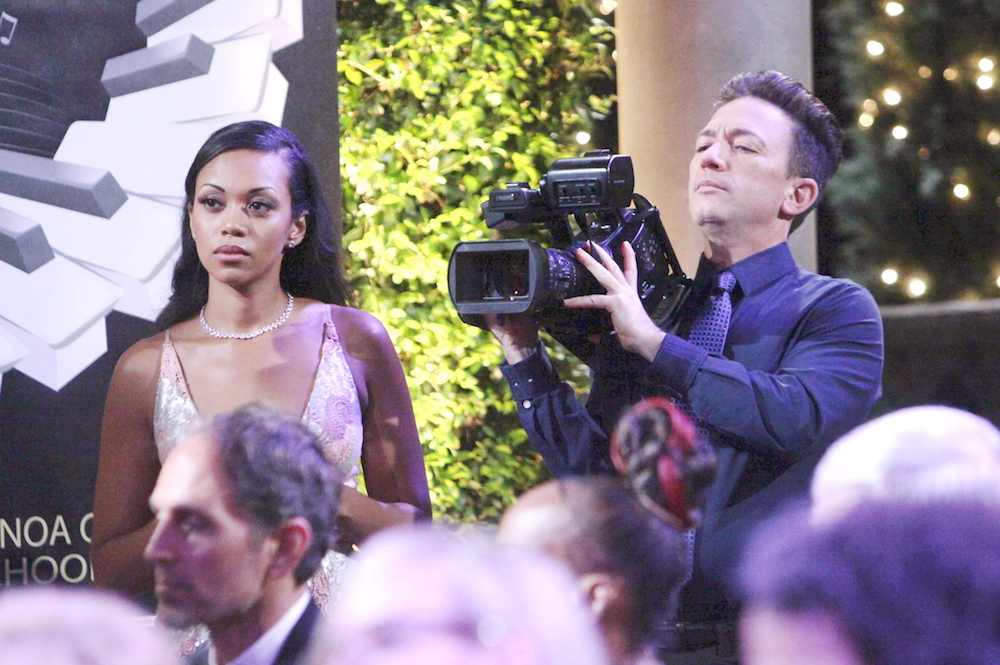 Faustino got his start as a child actor on shows like FAMILY TIES, ST. ELSEWHERE, and THE LOVE BOAT, but got his big break in 1987 with the role he is best remembered for: Bud Bundy on the classic FOX sitcom MARRIED… WITH CHILDREN. He has also done voice acting for cartoon series like WHAT’S NEW, SCOOBY-DOO?, AMERICAN DAD! and THE LEGEND OF KORRA.

In his personal life, Faustino and his girlfriend, Lindsay Bronson, have a beautiful daughter, Ava Marie Grace, who was born on Nov. 14, 2015.

It's a sad sad night: The end of an era: Last night of business for #CafeMed, #weho. A #sunsetstrip staple. My 2nd kitchen for the last 22 years. Will miss staff and patrons! Miss you Cafe Med! (fuck, I'm all broken up about this)

MUST SEE: The End of Y&R’s Kevin and Chloe

With all the scandalous behavior that goes on in Genoa City, there will be plenty of news for Hilary to cover for her show for GC Buzz, and we’re hoping Howard will be right there with her to help her expose all the drama! (Even if he’s maybe not the best influence on her…)

What’s Next for Elizabeth Hendrickson After Y&R?