Ever since the #MeToo movement launched, GENERAL HOSPITAL alum Sarah Joy Brown has been very vocal about supporting women in Hollywood and even sharing her own personal experience with sexual harassment. And the recent revelation that actress Michelle Williams was paid a fraction of the salary that co-star Mark Wahlberg recieved for reshoots on Ridley Scott’s recent film, All the Money in the World, has her speaking out again on Twitter, to reveal that the pay inequality that is so prevalent in Hollywood also reaches to the world of daytime television. “For all of the many years I worked with Steve Burton (Jason) and Maurice Benard (Sonny), all of the years at ABC, even after winning three Emmys,” Brown confessed, “I was paid less than half their salary.”

Brown originated the popular role of Carly on GH back in 1996 and portrayed the character until 2001 when she left the soap. She won Daytime Emmy Awards for Outstanding Younger Actress in 1997 and 1998, and Outstanding Supporting Actress in 2000. And when Brown returned to GH in 2008 as Claudia Zacchara, she was nominated once again, this time in the Lead Actress category. Soap fans have also enjoyed her strong performances as Julia on AS THE WORLD TURNS and Madison on DAYS OF OUR LIVES. Most recently, Brown could be seen playing Katherine on the web soap BEACON HILL, which also earned her another Daytime Emmy Award nomination for Outstanding Performer in a New Approaches Drama Series. 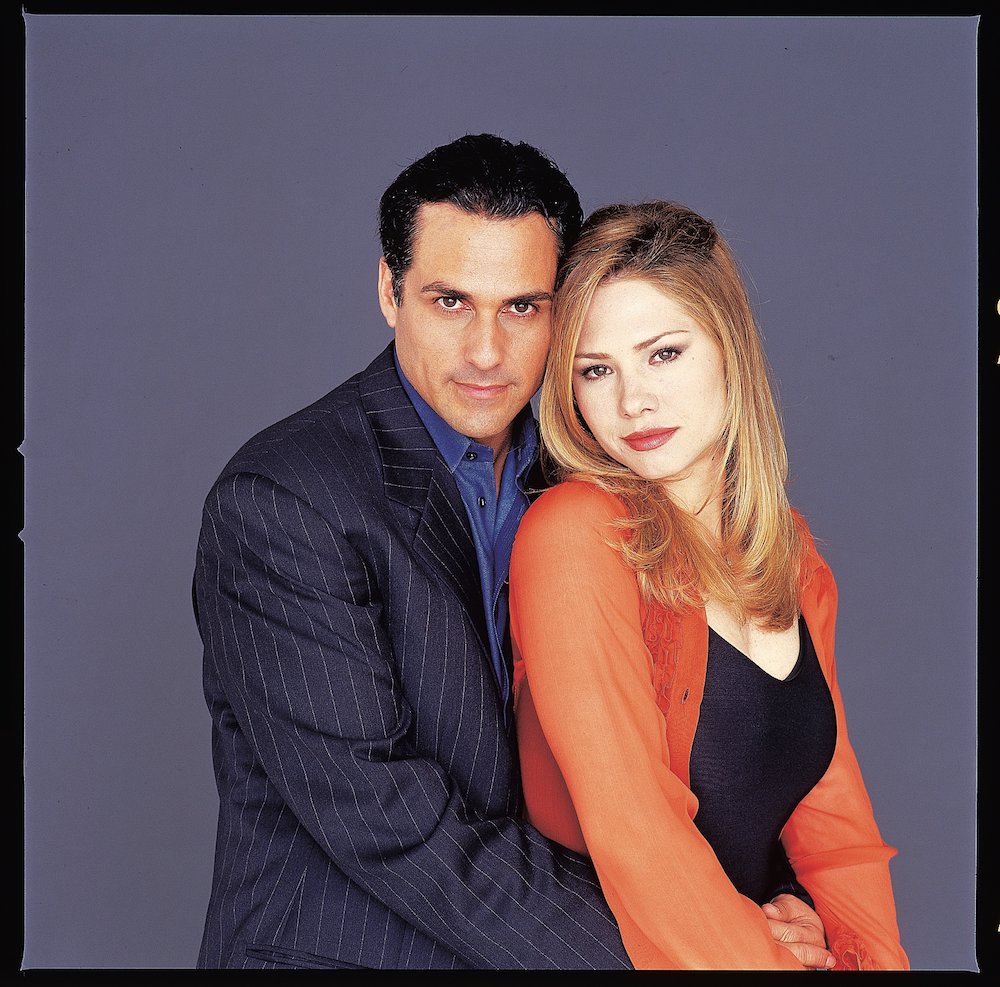 Brown with Benard in a GH gallery photo from 2000. (Photo Credit: Jeff Katz/ABC)

As more and more inequality between men and women comes to light, both in Hollywood and elsewhere in the world, Brown refuses to back down and continues to fight for her rights and the rights of women like her. “I have been speaking up for a long time and ‘paying the price’ for it,” she tweeted. “I made $1,600 from my union in 2016 and had to sell my house, like Rose, to fight the monsters. They are monsters, corrupt from top to bottom and my hell started from speaking up.”

Hopefully, now that more and more women are also speaking out about the way men are treating them, Brown and her newfound allies will be able to join forces and effect some genuine change, both in Hollywood and everywhere else.

Kimberly McCullough Reveals How She Was Almost Fired From GH!

Finola Hughes Is “So Grateful” to Return Home After the Wildfires