As a legacy character on GENERAL HOSPITAL, Maxie Jones is such a fan favorite that whenever the character is off the show for any period of time, viewers notice and aren’t happy about it! The daughter of popular supercouple Frisco and Felicia Jones, Maxie was played by a series of child actors until Robyn Richards was cast in 1993. After her departure in 2004, Kirsten Storms was cast as Maxie, debuting in May, 2005. However, during one of her medical leaves in 2011, Storms was temporarily recast with Jen Lilley for nearly a year. And then later, in 2016, Molly Burnett stepped into the role of Maxie for a month when Storms required more time off. Although Storms had to take a couple days off due to the flu in 2018, she has signed a new contract with GH so that Maxie’s story can continue. And what a story it has been! 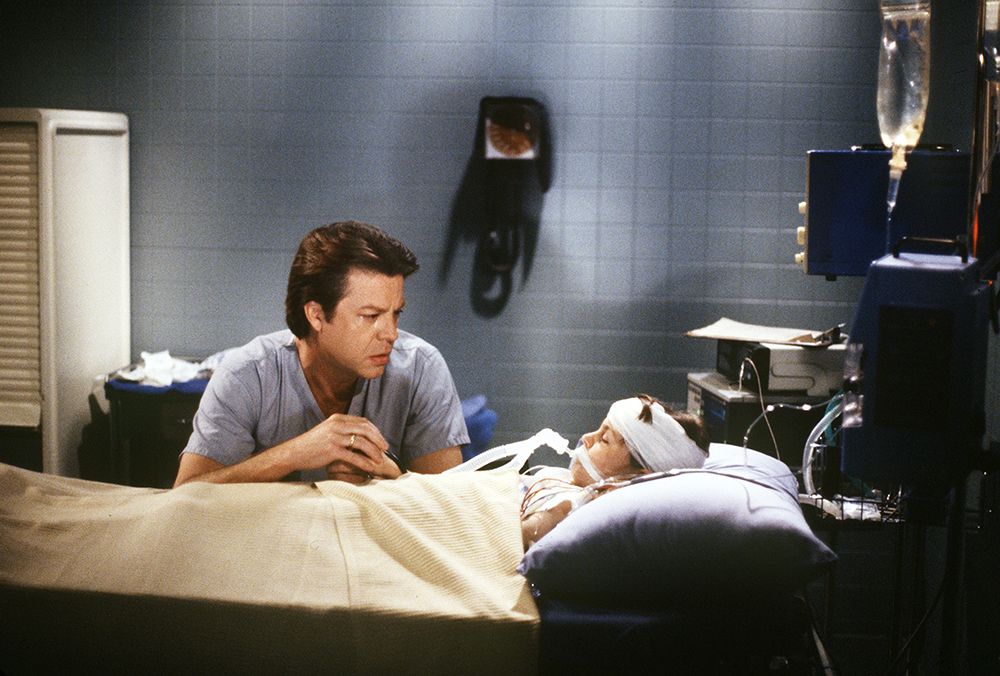 Born Mariah Maximilliana Jones, Maxie is named after her maternal great-grandparents, Maximilian and Mariah Ramirez. While just a few years old, Maxie suffered from Kawasaki disease, and received a heart transplant from her cousin, B.J. Jones. As a teenager, Maxie’s first crush was on Lucky Spencer, but she lost her virginity to Kyle Ratcliffe, who recorded it and posted it on the internet!

Maxie’s relationship with undercover cop Jesse Beaudry ended when he was killed in the line of duty, and she went on a downward spiral of hard partying. She turned to Lucky for comfort, and they slept together, despite his being married to Liz at the time. She also got involved with Cooper Barrett, but when she feared he was falling for Lulu, seduced his Army buddy Logan Hayes for revenge.

After reuniting with Cooper, they went on the run when he was a suspect in Georgie’s murder. He was found dead hanging in his room, but Maxie was insistent Cooper was innocent, and worked with Damian Spinelli to prove that Diego Alcazar was the real killer. Ultimately, Maxie and Lulu went from enemies to best friends, and moved in together. 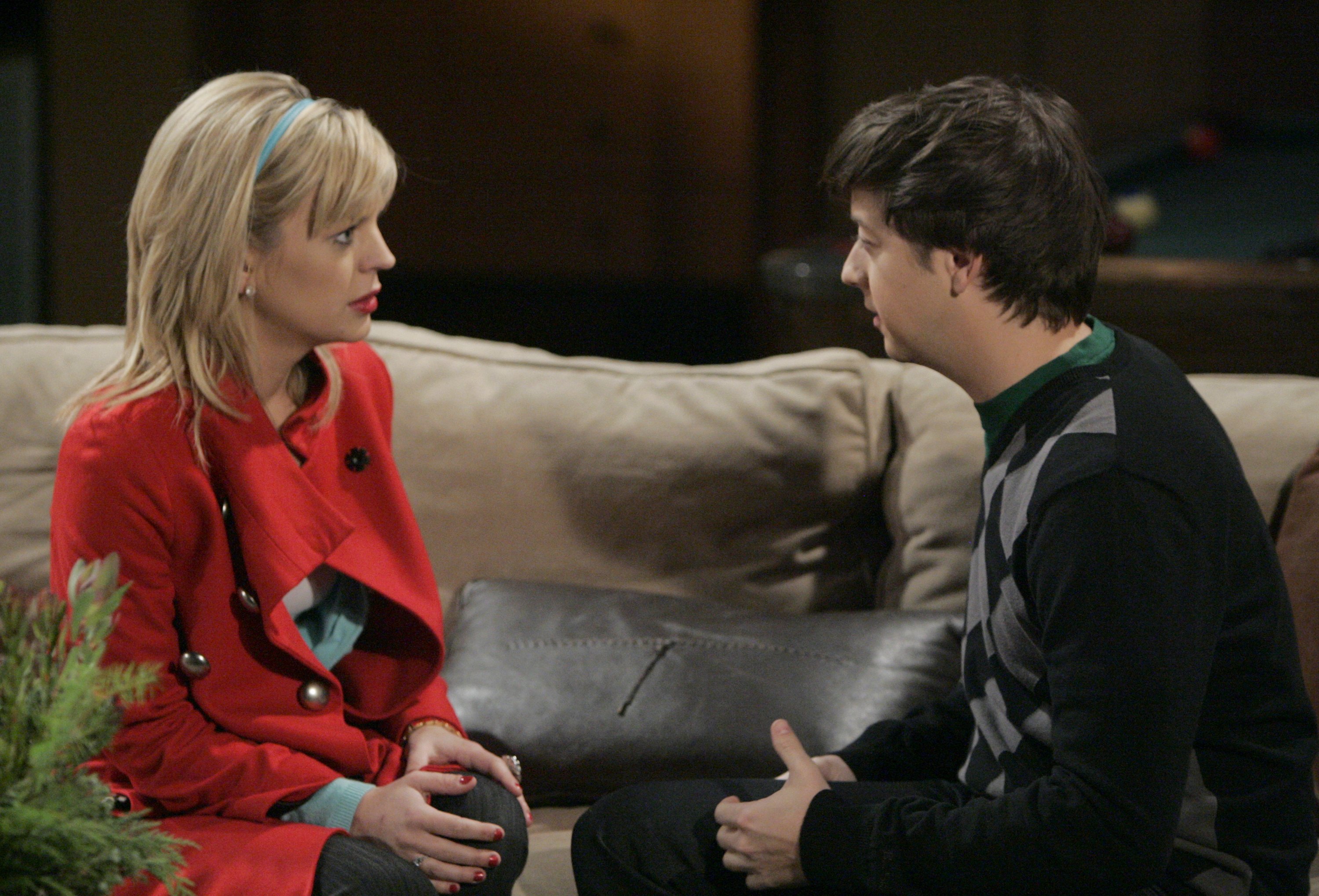 Maxie tried to keep Spinelli in the friend zone, but they soon gave in to the feelings they both had for each other. She accepted his proposal, but when he saw how nervous she was about actually tying the knot, he agreed to have a “not” wedding instead. Unfortunately, Maxie sleeping with the artist Robert “Franco” Frank destroyed her relationship with Spinelli. She attempted to flirt with Dr. Matt Hunter to get Spinelli to fight to win her back, but the plan backfired when he just broke up with her instead!

However, Maxie’s relationship with Matt fell apart when he was suspected of killing Lisa Niles. She married him to avoid having to testify against him, but Matt remembered his crime and confessed. Maxie tried to turn her life around by offering to be Dante and Lulu’s surrogate, but it turned out the baby she was carrying was actually Spinelli’s from a heartbroken one-night stand! She initially let Dante and Lulu have the baby, but when the truth came out and a custody battle occurred, the judge granted custody of the baby girl to Spinelli. Agreeing to name the infant after Maxie’s sister, Spinelli took Georgie with him and Ellie when they moved to Portland.

Maxie left Port Charles to get her head together and returned with a new boyfriend, Levi. But she also found herself drawn to her handsome subletter, Nathan West. It turned out that Levi was really a con man after the Aztec jewels belonging to her mother, Felicia, and Maxie dumped him. She and Nathan eventually made their relationship official, and finally tied the knot on New Year’s Day, 2017. 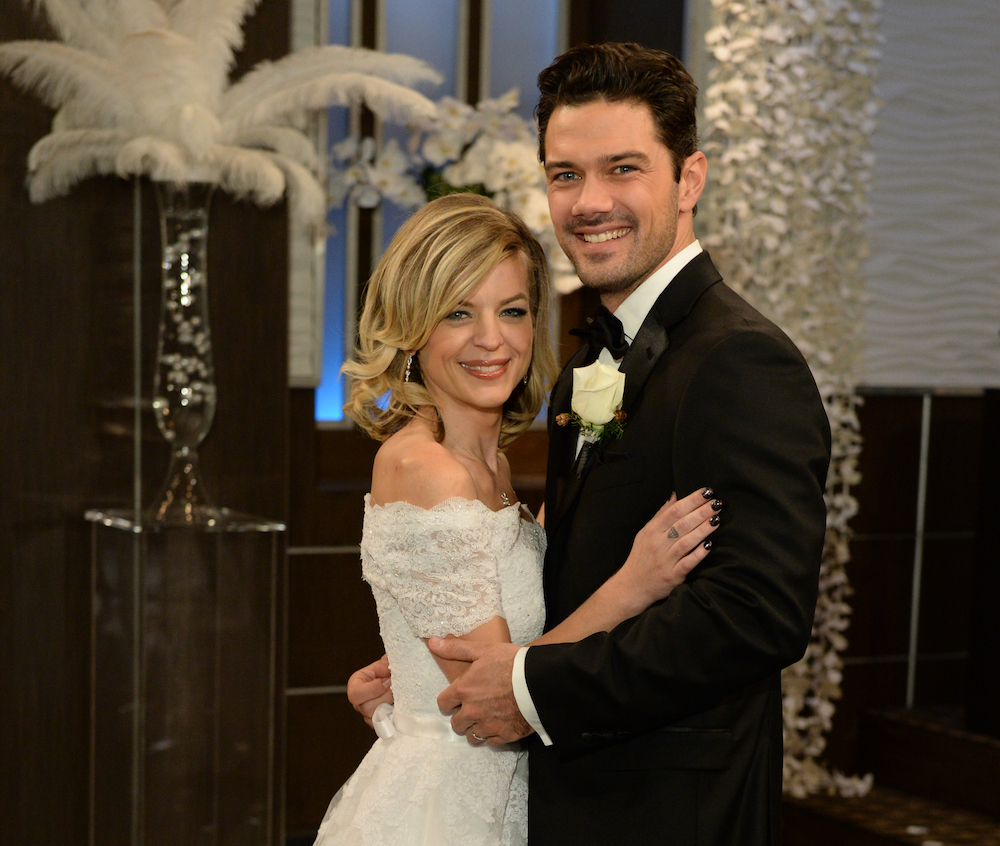 However, shortly after the wedding, Maxie left for Portland on business for a few months, and although Nathan was excited for her to return in May, it was revealed that she had extended her trip. When she eventually returned to her husband, she was concerned to hear that he’d been spending an awful lot of time with nurse Amy Driscoll. Thankfully, they were just working on the advice book Ask Man Landers, so she had nothing to be jealous of. At Thanksgiving, Maxie revealed to Nathan that he was going to become a daddy, but shortly after the new year in 2018, Nathan was shot and killed by Cesar Faison leaving her heartbroken and alone. Peter August gave Maxie a shoulder to lean on, and even was the one to deliver her son, James, on the side of the road when they couldn’t get to the hospital in time. But the revelation that Peter is really Nathan’s brother, Henrik Faison, left Maxie shattered once again and she vowed revenge on him for the betrayal.

How will her story continue? You’ll have to stay tuned to find out! And for more GH news, keep reading the ABC edition of Soaps In Depth magazine!

Kirsten Storms and Boyfriend Elias Paul Reidy Are so Cute Together